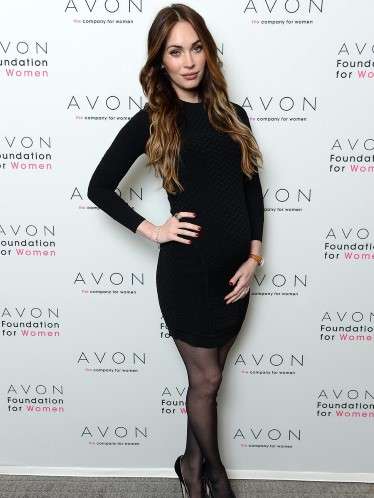 Megan Fox has put her feud with Michael Bay firmly behind her and is now closer than ever to the director.
Bay launched Fox’s career by casting her in his hugely successful Transformers film franchise, but she was replaced by lingerie model Rosie Huntington-Whiteley for the third film.
Fox’s exit came after she compared the demanding director to Nazi leader Adolf Hitler in a 2009 interview, and it fuelled long-lasting rumours of a nasty feud between the pair.
However, Fox recently reunited with Bay after she was handed a role in his new Teenage Mutant Ninja Turtles movie, and the actress has now explained their relationship is better than ever.
She tells Entertainment Weekly, “He was one of the most lovely people that I dealt with in making this movie (Teenage Mutant Ninja Turtles). I’ve always loved Michael. We’ve had our battles in the past but even when I’ve been really outspoken about difficulties we’ve had, I’ve always followed up by saying that I have a particular affinity to him.
“He can be very vulnerable, and he’s very likeable and loveable. I’ve always been very vocal about that as well. But, sometimes we clash because we both have very wilful, powerful personalities.”
Fox’s Teenage Mutant Ninja Turtles film, which is produced by Bay, is due for release later this year (2014).

Talaash based on real-life incident!