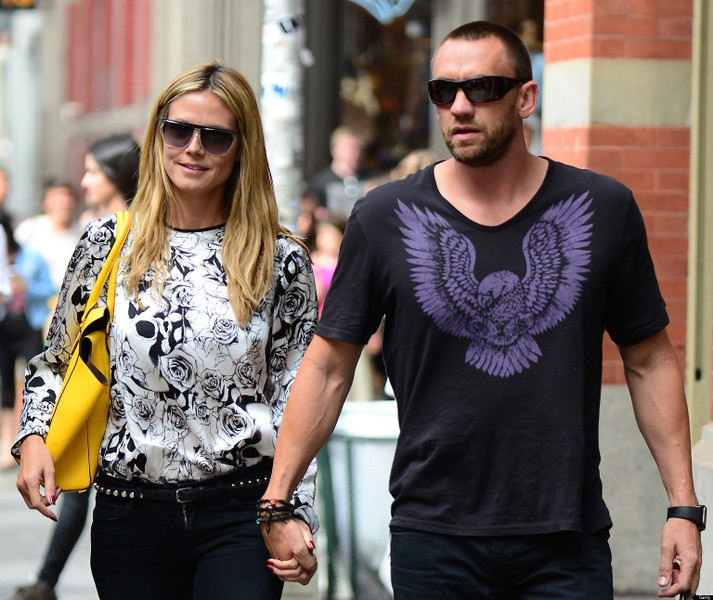 Heidi Klum is now back to being the hottest single mom of four on the planet. The model has broken up with her bodyguard boyfriend Martin Kristen, according to reports.
These two had been dating for about a year and a half, though Kristen had worked for the family for years before things turned romantic months after Klum and husband Seal divorced. Kristen had been the bodyguard for the couple and their kids. Seal famously commented that he wished his ex wouldn’t “fornicate with the “help” back when news of the relationship broke.
Kristen continued to be Heidi and the kids’ bodyguard while they were together.
A source says their personal and professional dealings are over now. “Martin was there for her during a challenging time in her life and it was something she will always be grateful for,” says a friend close to Klum,” the “friend” said.
Of course, the couple hasn’t commented on the news. They were last seen out in public together in early January. He had never been seen with her on the red carpet.

One Direction Gears Up To Release 'Midnight Memories' Music Video

'Office' Reunion! Rashida Jones and Steve Carell are Teaming Up on TV Again!

Destiny’s Child To Reunite At The Super Bowl