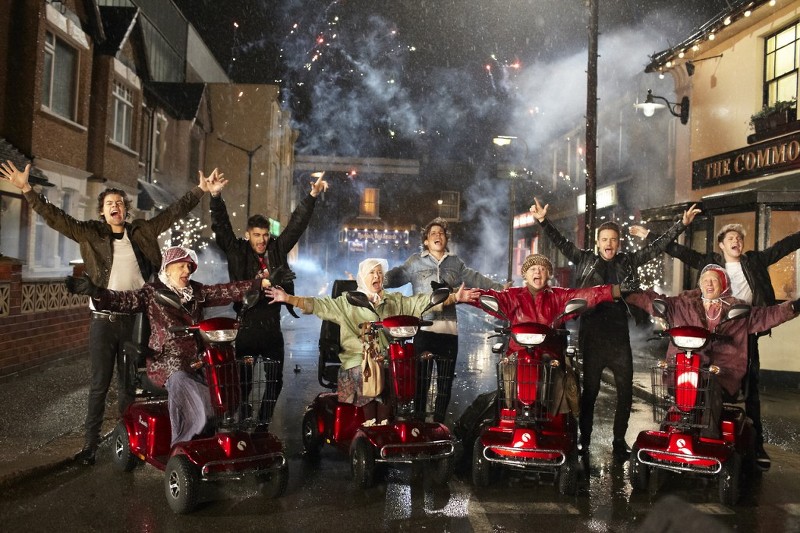 One Direction have taken over the streets of London and are dropping some midnight memories with mobility scooters, turntables, and … senior citizens!
The world’s biggest boy band are slated to premiere their music video for “Midnight Memories” this Friday, January 31 — the third single from their third studio album of the same name, Midnight Memories, following smash hits “Best Song Ever” and “Story of My Life.”
With four days left until its premiere, the five-piece group took to Tumblr to release GIFs and teaser pictures to give eager fans a sneak peek. And by the looks of it, the boys had a fun-filled night!

Kanye West Is All Smiles

Beyonce's First Boyfriend Cheated On Her