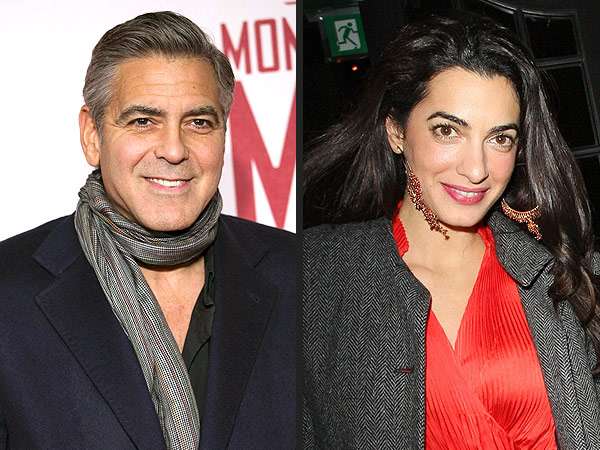 Bosses of a law firm where George Clooney’s girlfriend Amal Alamuddin works have issued a statement congratulating the attorney on her reported engagement to the Hollywood hunk.
The pair sparked rumours they are set to marry after the human rights lawyer was seen sporting a huge ring on her wedding finger at dinners in Los Angeles and Malibu, California last week (ends27Apr14).
Clooney’s publicist refused to comment on the speculation, but now a spokesperson for Doughty Street Chambers, the company Alamuddin works for, has spoken out to congratulate the pair.
A statement from the firm reads, “The barristers and staff of Doughty Street Chambers offer their best wishes and congratulations to Ms Amal Alamuddin, a member of Chambers, and Mr George Clooney on their engagement to be married.”
The shock news comes after the Oscar winner vowed not to wed again following his first marriage to Talia Balsam, which ended in divorce in 1993.

One Direction Kick Off Stadium Tour