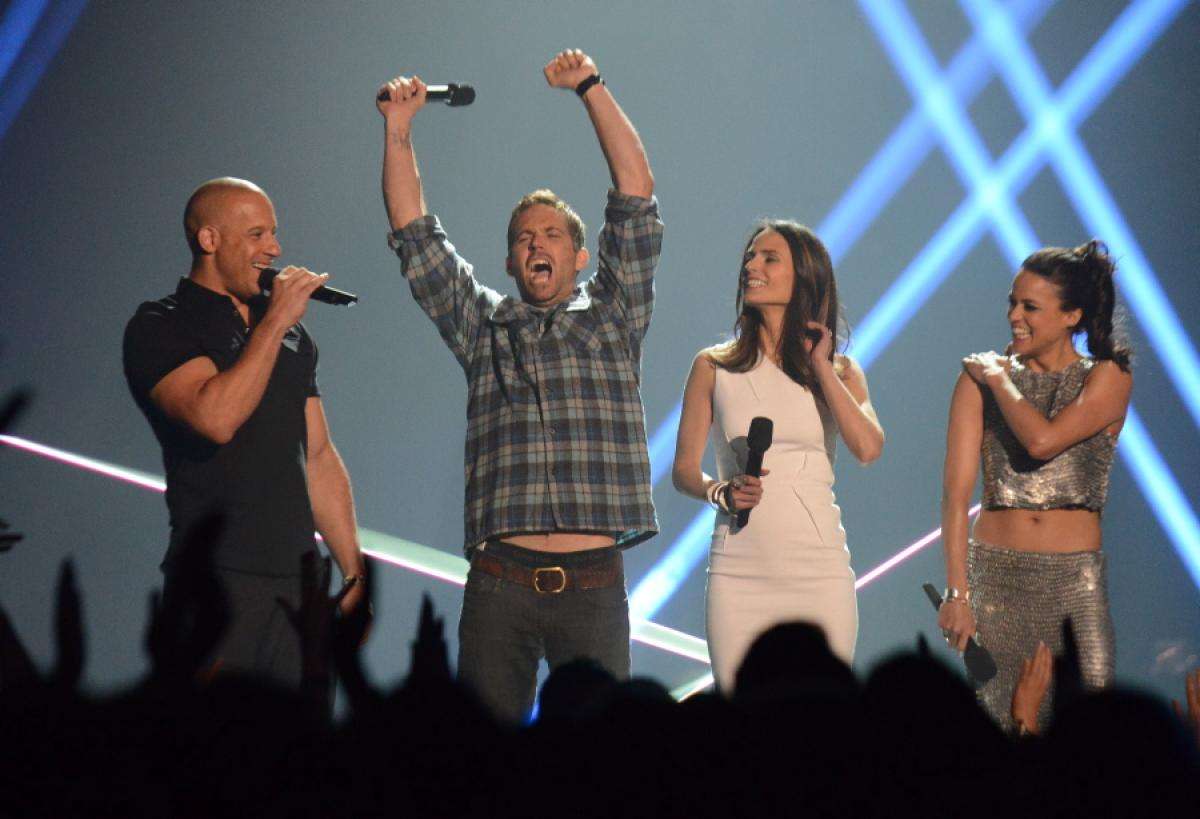 Paul Walker is set to be honored at the 2014 MTV Movie Awards this weekend with a special salute from his Fast & Furious franchise co-star Jordana Brewster.
The tragic actor, who died in a car crash in November (13), will be remembered in a tribute segment, according to the Los Angeles Times.
Mtv president Stephen Friedman says, “Paul Walker was a role model for the Mtv audience since the very beginning of his too-short career.
“Our audience grew up with him, from Varsity Blues to the Furious franchise. He was a movie star but one that they could relate to. Paul’s humanity and kindness clearly showed through every role.
“We’re honoured to be able to spend a moment in this year’s Movie Awards to celebrate him.”
MTV Movie Awards executive producer Garrett English tells The Associated Press, “Well, I think we are just really happy and honored that they were willing to allow us to celebrate him in some way on the show. And his family and friends were willing to have that happen.
“He’s been such a big part of the channel, what the channel’s audience has been about. He’s been such a big part of our show in the past that it felt really right to us, and we’re just really happy and honoured that they were willing to allow us to do something for him on the show.”
The awards ceremony will take place in Los Angeles on Sunday

Justin Bieber To Star As Himself In 3D Big Screen Biopic